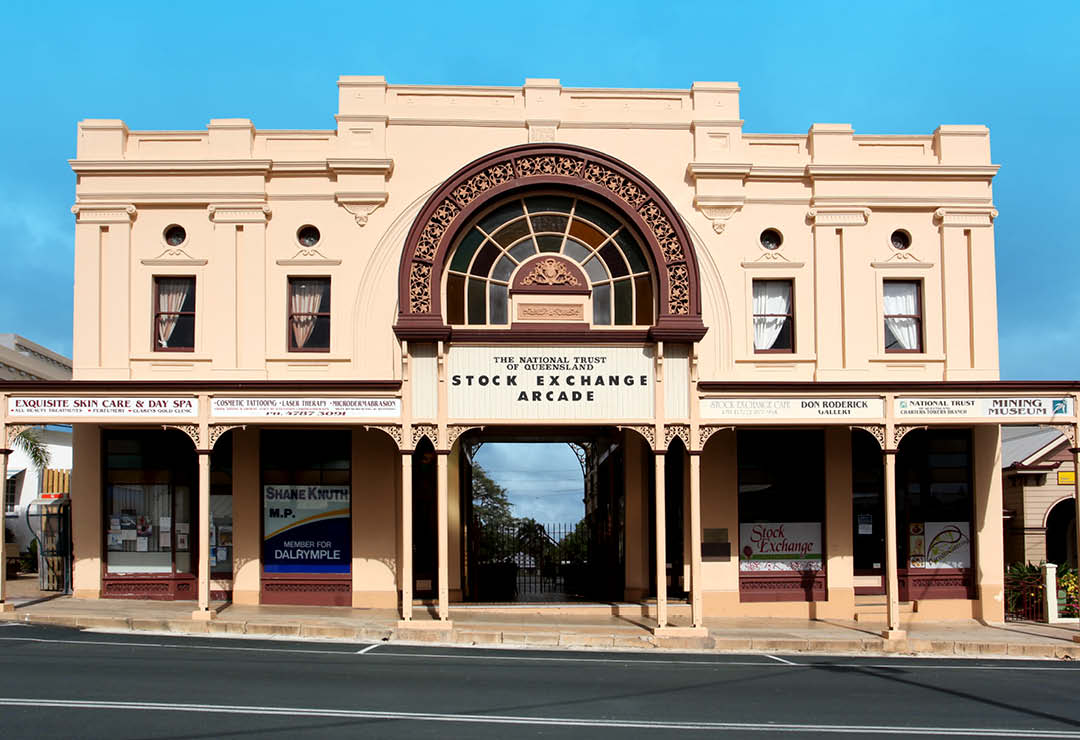 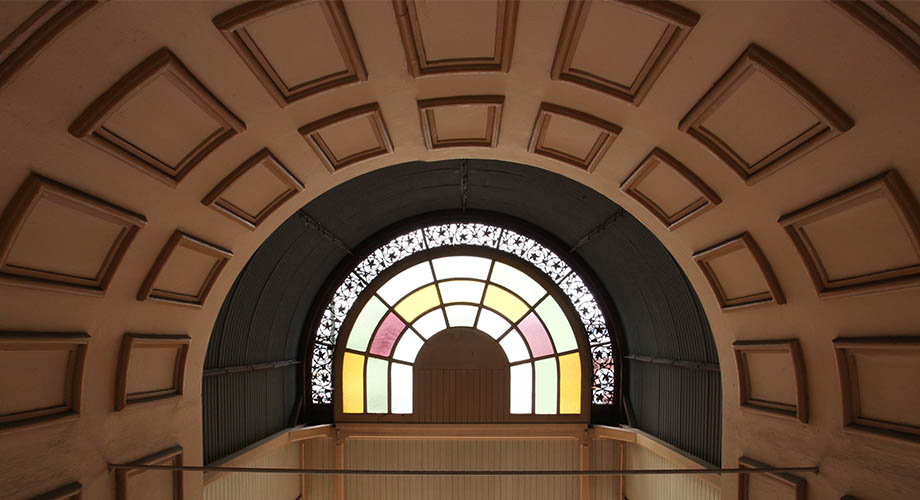 Discover a grand 1880s building, where fortunes were made and lost, when visiting Charters Towers.

A rare example of an arcade in Queensland, with architecture adapted to the stifling summer climate, the Stock Exchange Arcade – Charters Towers is indicative of the rise and fall of fortune on the goldfields.

Discover features like the tessellated floor in the central hallway, the glass roof and the facade - the aspirational architecture that symbolised the wealth of the region during the nineteenth century.

At the rear of the Arcade is a former Assayer's Office - the furnace is still there for you to view. This is now the home of the Don Roderick Assay Room Gallery which has a variety of artworks by local artists on display and for sale. A section of the Gallery is devoted to this history and restoration of the Arcade and the operation of the Exchange.

As you explore the Arcade, its shops and the Gallery, experience the unique setting and gain an interesting insight into the history - there is something for everyone.

Open during normal business hours, entry to the Stock Exchange Arcade is free to the public, though donations to assist in maintenance and conservation efforts are always welcome. Entry to the Don Roderick Assay Room Gallery is by gold coin donation.

Charters Towers was once a financial hub and the second largest city in Queensland. The Stock Exchange established in this arcade enabled the buying and selling of shares in mining companies, investment or speculative. The evening call was open to the public and hundreds would crowd in the Arcade to be part of the occasion.

Built in 1888, the Royal Arcade housed a number of shops and offices. The Charters Towers Stock Exchange began trading in the arcade in 1890 and continued operations there until 1916, when it closed due to the rapidly diminishing returns from the gold mines and decreased population. The Arcade fell into disrepair but was saved from demolition in the 1970s by the Charters Towers and Dalrymple Historical Society and later transferred to the National Trust.

The building was subsequently conserved through the efforts of Don Roderick and others, and more recently through grants acquired by the National Trust. The building was listed on the Queensland Heritage Register in 1992. Its most recognised feature is the iconic barrel vaulted portico that serves as the entrance to the open-ended arcade. The masonry, two-storey building encloses offices and stores along its wings and street elevation.